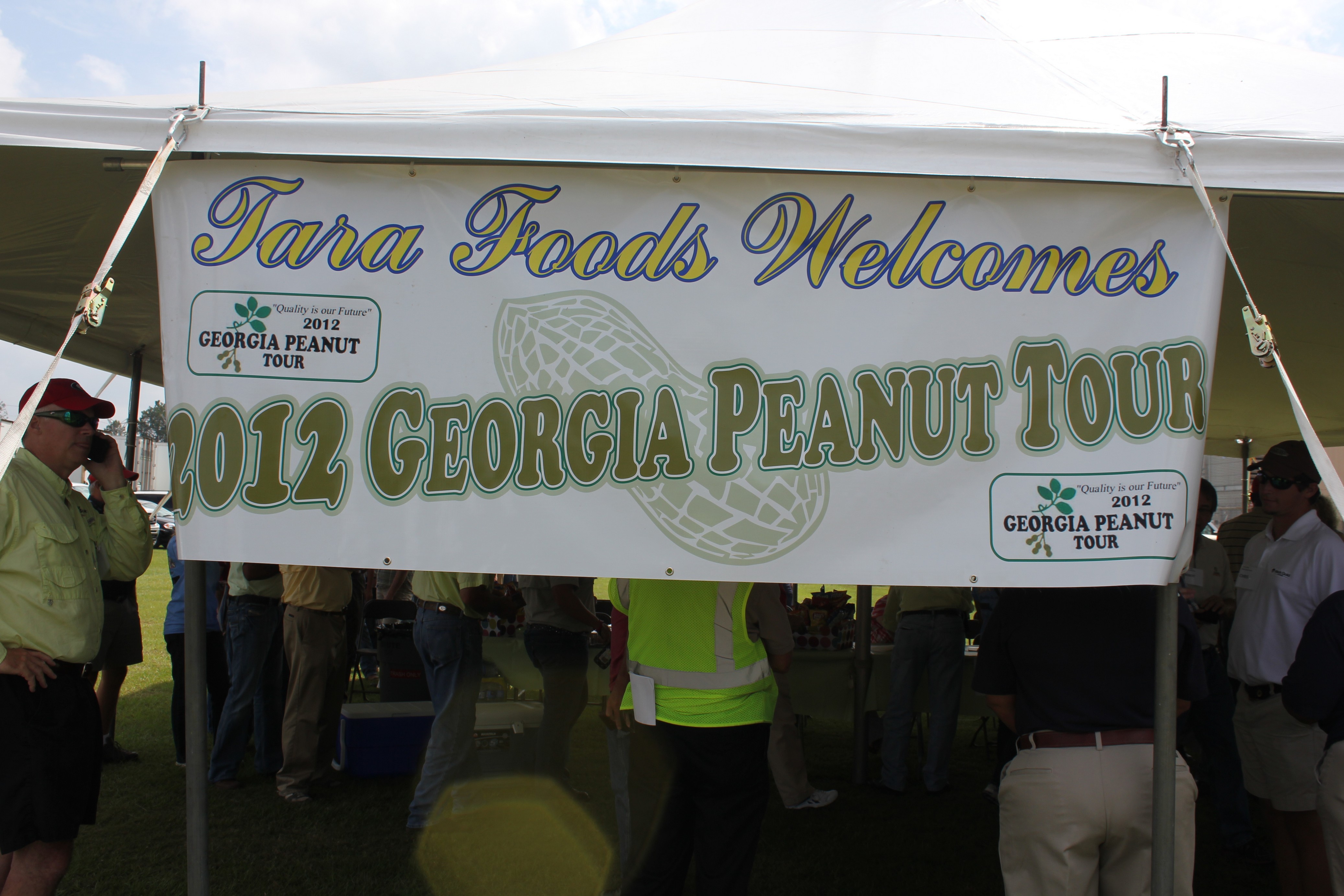 Whether paired with jelly or chocolate, crunchy or creamy, peanut butter has been a food favorite since the late 1800s. Tara Foods in Albany specializes in peanut butter and extract manufacturing.

The plant has 241 product lines (Kroger and Custom) such as retail and industrial peanut butters,  extracts and flavoring, lemon & lime juice, and more. Tara Foods, which is one of Kroger’s manufacturing facilities, was built in 1977 and has received awards and contributed to charities such as the 2011 United Way campaign.

The plant is approximately 100,000 sq. feet of production, warehouse, and office space with 140 employees. On Thursday, tour attendees were able to visit the plant and see its operation such as peanuts being blanched as they came out of the roaster. Attendees also watched as jars and jars of peanut butter were produced and packaged. At the end of the tour, each attendee received a fresh jar of peanut butter that was made just 3 hours earlier. To better understand how peanuts in the field become jars of peanut butter in grocery stores, here is an outline covering how peanut butter is made:

So, since peanut butter is one of America’s favorite foods then we wanted to share this whimsical little ditty while you watch peanuts going from planting to becoming peanut butter on your table.  This video is presented by the Georgia Peanut Commission in Tifton, Ga.