Peanut season is the busiest time of year for everyone at Georgia Federal- State Inspection Services. Farmers are in demand to have their peanuts graded in time for market.  Georgia FSIS inspects over 35 comedies, peanuts being the largest. Peanut Tour attendees had the opportunity to see how the Farmers’ Stock grading procedures work, view grading equipment and the grading process. Teresa Cox, supervisor of District 12, talked about the grade room procedures and the process for grading inspection for peanut seeds.  She began by saying once they they obtain their peanut samples, peanuts are first  poured onto a grader, which requires a minimum of 1,500 grams of peanuts. 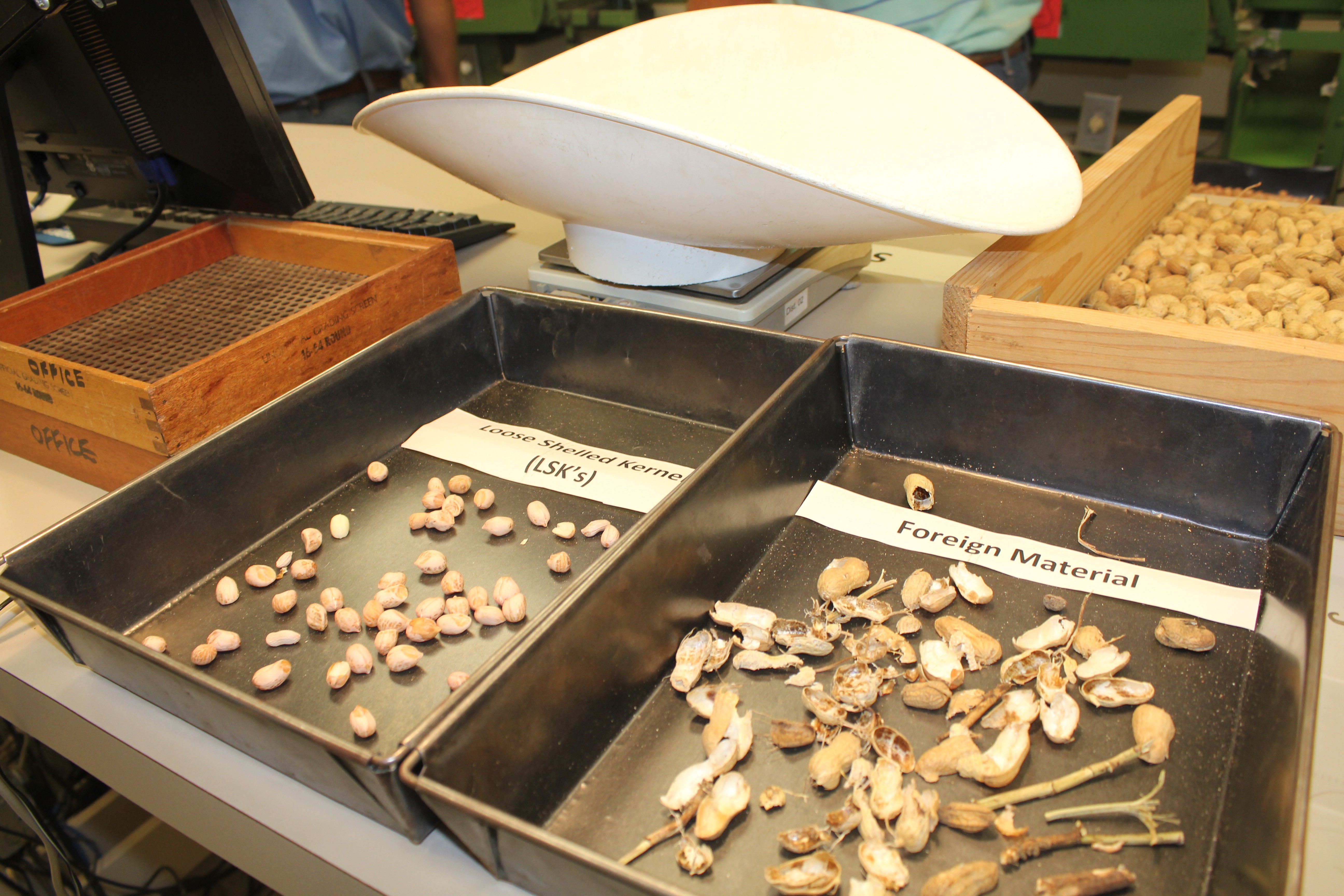 The peanuts then go into a foreign material machine which separates foreign material and LSK (lose shelled kernels). From this point, peanuts are taken from the scales to a pre-sizer, to a sheller and then to a moisture machine. Once the moisture machine has 250 grams, peanuts are then transported to a shaker to get rid of splits or immature kernels.  They are then poured into a pan and hand-picked for anything that may have been missed before going through the splitter where they check for concealed damage and Aspergillus flavus mold.

Dr. John Beasley with the University of Georgbia also treated tourist to HOT boiled peanuts donated by Albert Culbreath while they listened to him discuss the differences in the four main variates of peanuts and how to determine  maturity in peanuts using a Peanut Profile Board. 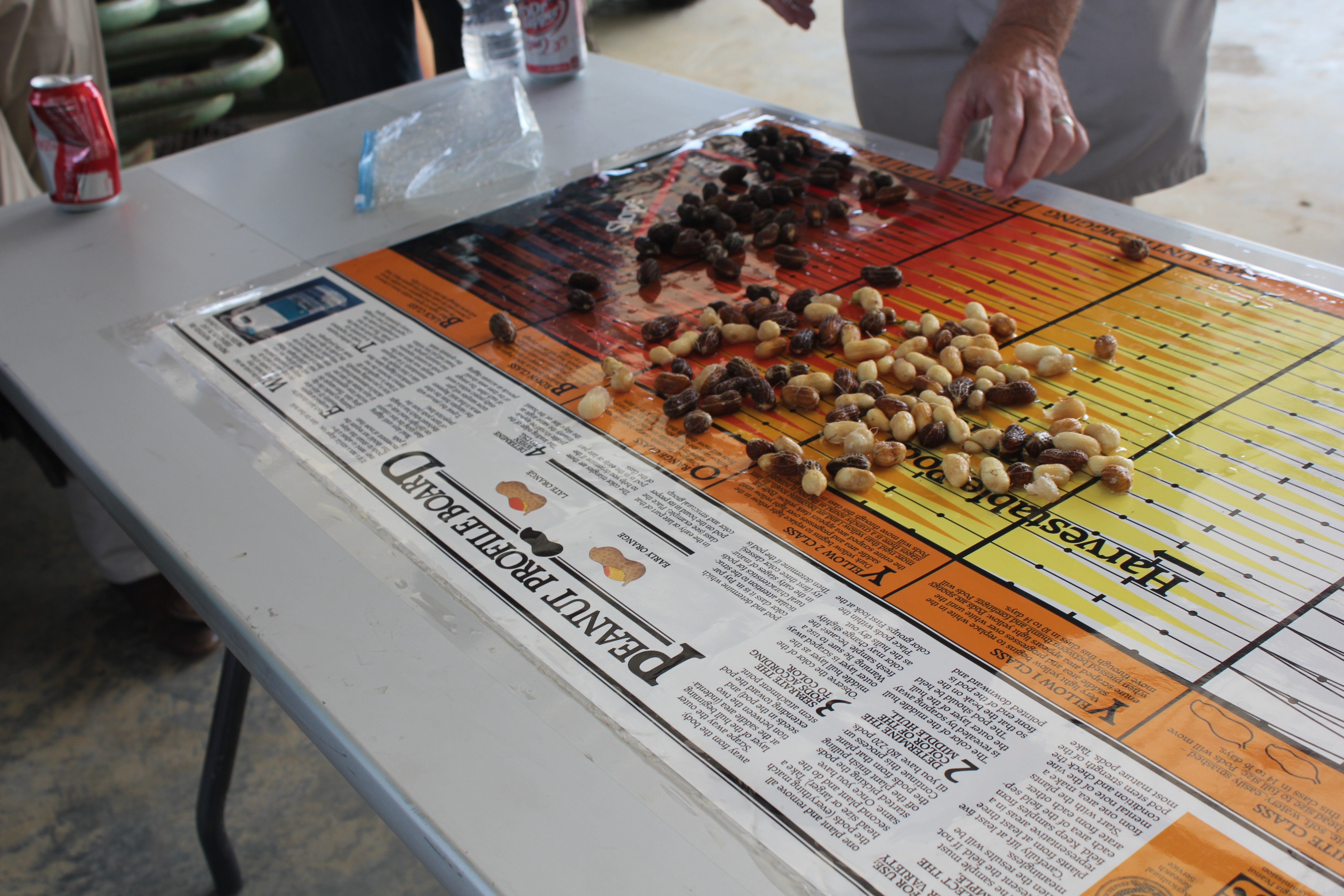 The board is colored coded from lighter colors to darker so researchers and extension agents can separate them via color on the chart to determine the number of days until maturity. Dr. Beasley also discussed the hull-scrape method and other ways to determine the maturity of peanuts and when they are ready to harvest.