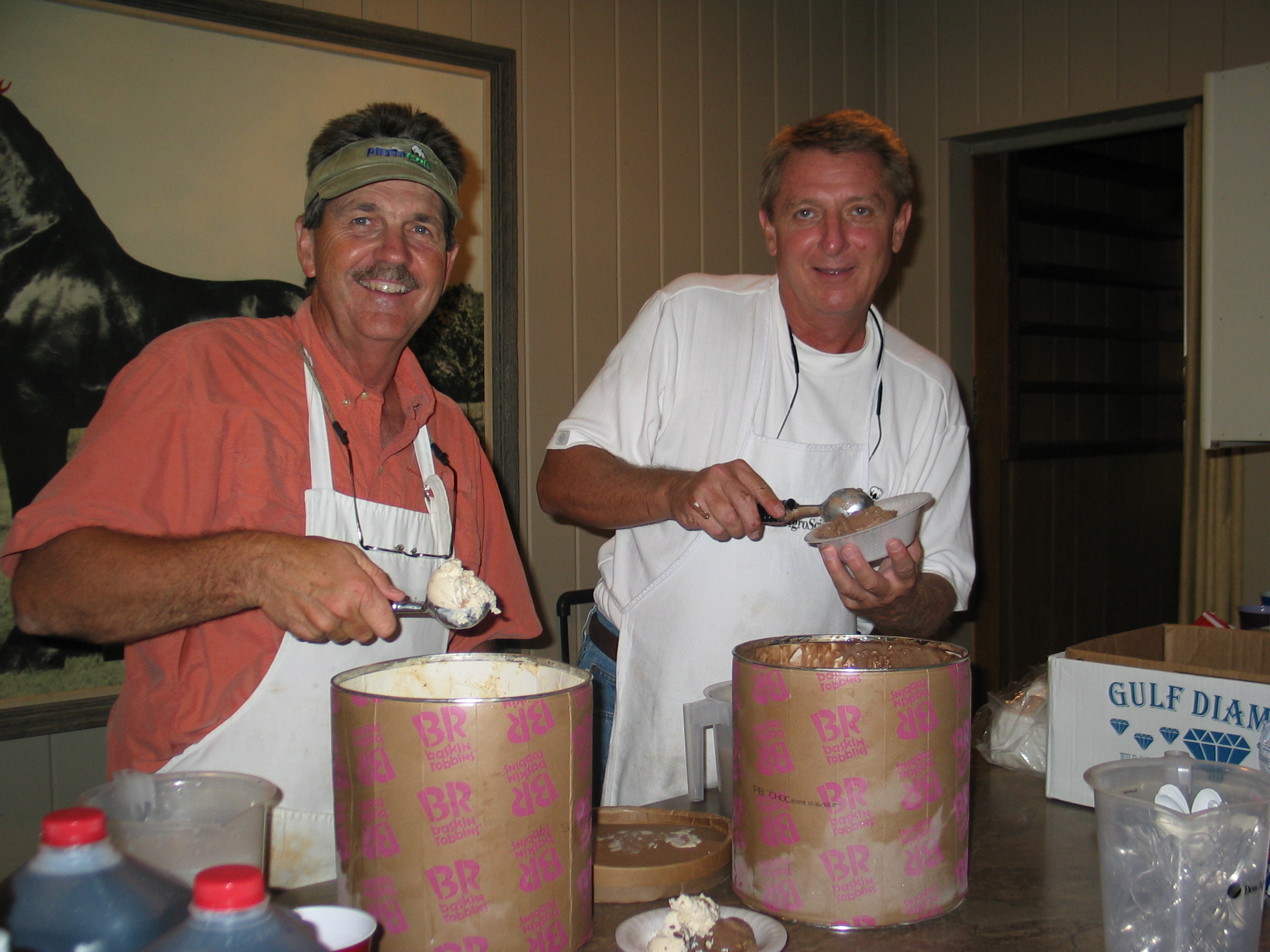 The last night of the Georgia Peanut Tour provided attendees with another view of Southern hospitality and cooking at Potter’s Community Center in Dougherty County, Ga. The community center is one of Dougherty County’s most cherished landmarks. The center is situated on approximately 50 acres in a plantation like setting. The American Peanut Shellers Association sponsored a reception held at the center. During the reception greetings were brought by Joe Campbell, president of the American Peanut Shellers Association and Armond Morris, chairman of the Georgia Peanut Commission. The dinner that night featured a low country boil prepared by Butch Griffin and the folks with Dow AgroSciences – Marvin Stewart and Al Wright. The dessert of course topped the night! Everyone on the tour got a big helping of Peanut Butter ‘n Chocolate Ice Cream or Reese’s® Peanut Butter Cup Ice Cream. What better way to end the tour than with ice cream!